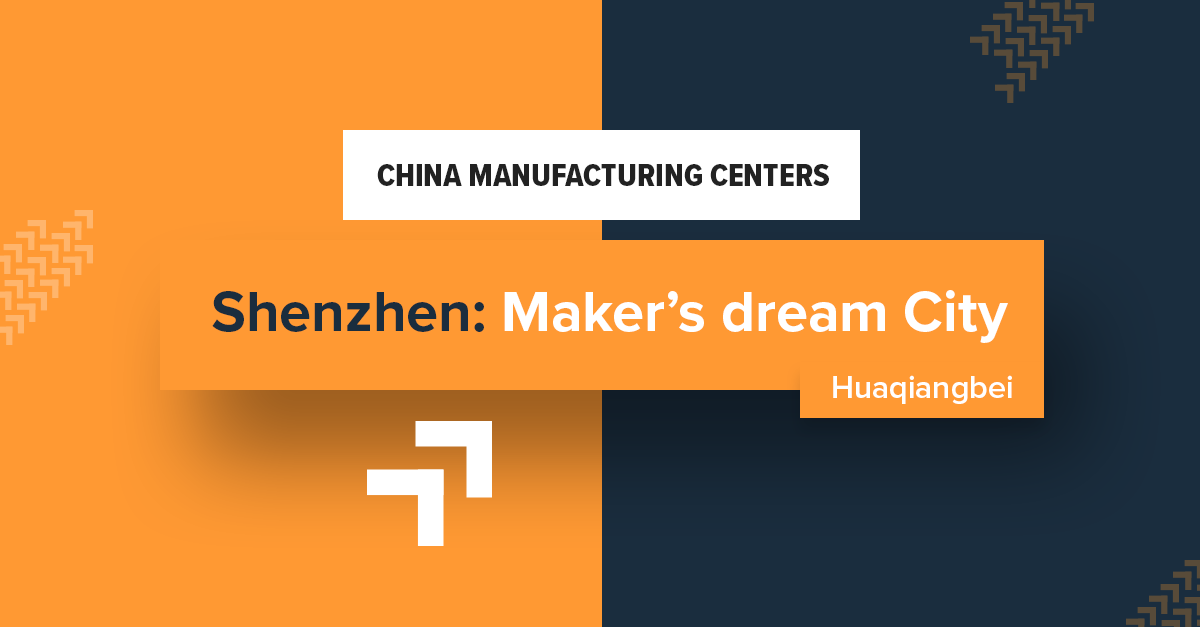 Thirty-five years ago, Shenzhen, China, was just a fishing village outside of Hong Kong. In 1979, China’s Communist Party leader Deng Xiaoping designated the city the country’s first Special Economic Zone, opening the region up to capitalism and foreign investment to fuel its development.

Today, the boomtown is one of the fastest-growing cities in the world, with about 16 million residents. In 1979, just 30,000 people called Shenzhen home.

Shenzhen has risen to become the predominant epicenter of high-tech design and manufacturing in the world. Variously called the “world’s factory,” “the new Silicon Valley,” and the “maker’s dream city,” Shenzhen has a complete ecosystem that contains everything needed for all stages of electronics production all in one place. This has turned the city into a staging ground for large high-tech companies, rising startups, and independent innovators from all over the world looking to get their stuff made as efficiently as possible.

It is said that 90 percent of the world’s electronics are made in Shenzhen. With tens of thousands of factories, 5,000 product integrators, and thousands of design houses, this city has become a one-stop-shop for anything consisting of circuits, chips, LEDs, and touchscreens.

In the middle of Shenzhen there is a gigantic electronics parts market, called Huaqiangbei.

With over 20 electronics malls covering a combined 21 million square meters, it is the heart of Shenzhen’s electronics industry. It is made up of giant old industrial buildings that are packed full of electronics markets which showcase what’s being made in the city and provide the city’s hardware innovators with the materials to build their own products.

Huaqiangbei is also a perfect symbol of how dominant China has become in the electronics industry. The country is the core of the sector’s global supply chain. Chips and other components pour in, mostly from other Asian countries; they are assembled in China; the finished devices are then sent all over the world.