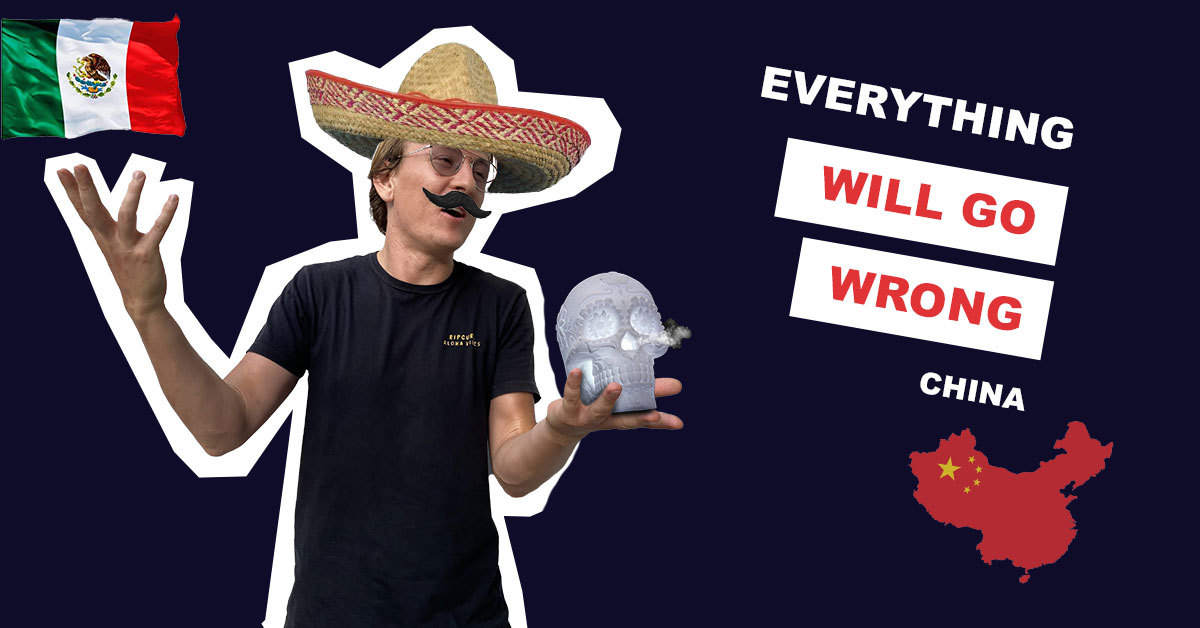 When it comes to private label manufacturing in China, it is essential to take one important point into account.

The thing is that when it comes to private label products with original design, suppliers usually order some specific parts at other factories. This can lead to all kinds of systemic defects.

It is exactly what happened with one of our clients.

The client had launched production of custom-designed aroma diffusers in China with a new supplier. The items were skull-shaped in Santa Muerte aesthetics.

Our job was to check the quality of the first batch. Supplier audit had not been performed earlier, but the factory had a good reputation, so there were no signs of trouble initially. However, the reality proved to be the very opposite.

The inspection of the first batch revealed multiple problems with those custom skull-shaped casings: dents, cracks, scratches and so on.

As a result, we had to perform a 100% quality check, which took 2 days instead of a standard 4-hour inspection. Whopping 50% of the items were rejected.

In other words, only half of the items passed the quality check and were ready to be shipped to Amazon. It was evident that the defect was systematic and would be present in the following batches. In order to correct it, we had to find and eliminate its cause.

Those casings had been produced by another factory. So, we negotiated with the supplier that the next inspection would be performed at the casings’ manufacturer. As it turned out, the factory had made only one mold for the casings.

Molds accumulate residual materials during the production process, leading to all kinds of defects. To avoid those, several molds should be used and regularly maintained. In our case, the factory had bothered with neither producing additional molds nor proper maintenance – “Cha bu duo” approach at its best.

After mold maintenance, the defect rate in the second batch decreased from 50% to 15%, which was already a serious improvement in comparison with the initial quality control results.

Our client hadn’t foreseen these points, proving the validity of Murphy’s Law: “Anything that can go wrong will go wrong”.